The American people always express their happiness in various ways. Independence Day in the United States is as grand as religious and folk festivals. People clean their courtyards, decorate their homes, and fly the national flag before the festival. 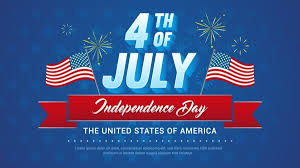 A great feature of Americans' celebration of National Day is the high degree of spontaneous participation of the people. On this day, without the mobilization call of the federal government, some local and non-governmental organizations or community institutions will organize some ceremonial activities, such as float parades, fireworks, etc., and hold various open-air art shows (performances). Ordinary Americans are also very happy to participate. The early celebrations of independence day were mainly demonstrations and speeches, with a certain religious color. Later, outdoor activities and sports competitions were added.

The activities of setting off firecrackers and fireworks were once very popular and were canceled only after the 20th century to prevent danger. Residents spontaneously held celebratory parades, some dressed as old priests on horseback or noble ladies in ancient carriages; Some formed small family bands to participate in the parade, while others danced and sang for generations. All kinds of floats, model cars, acrobatic cars, and children's toy cars are lined up with happy crowds. The future is very spectacular.

At the end of the parade, people often gather in parks or public places to celebrate the festival together. In the sound of music, people danced or had picnics on the ground, businessmen were busy selling souvenirs, politicians took the opportunity to make campaign speeches, and children played various games on the grass. All over the United States, a happy scene of festivals was presented.